So, you’d like to know a bit about us - Lucky Giraffle
About us 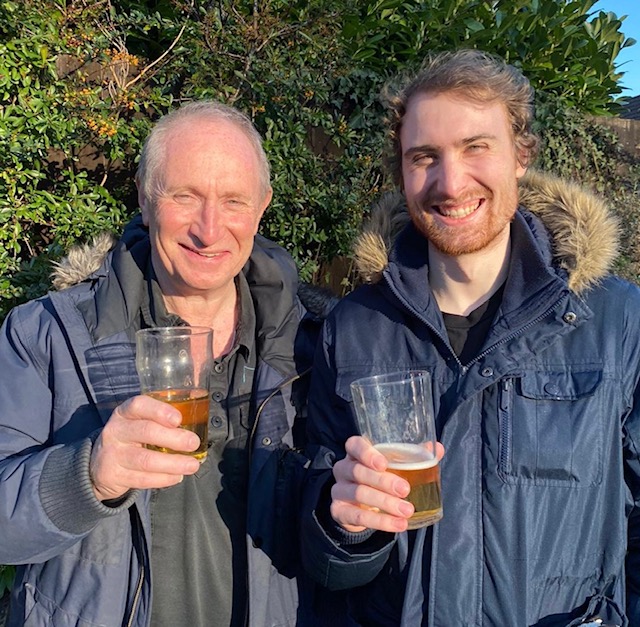 So you’d like to know a bit about us and why we set up Lucky Giraffle? We’ll we’d be delighted to tell you.

My name’s Ray and it all started when my son Tom came over to catch up and share a pint. The idea was to pick up on family life, his sister’s new baby – that sort of stuff… but the conversation soon turned to Lotteries.

Yes, lotteries. The previous week a lucky US lottery winner had scooped $66 million – truly a life changing figure. On the face of it, Tom and I agreed that buying at least one lottery ticket a week was a good investment. However, Tom being Tom did some research and when we met again a week or so later, he had some interesting stats to regale me with.

What are your chances of winning a lottery?

Very small.  The chances, of winning some of the bigger lotteries, is as low as 1 in 300,000,000. To put that in some sort of context, the chance of dying in a plane crash is only one in 11. Getting attacked by a shark (even if you live in Birmingham), just one in 4. Basically, the probability of winning big on a national lottery is around the same as bumping into a Boba Fett at your local Tesco’s.

So what to do?

It’s obvious really. When we heard about those stats we started wondering if there was somewhere out there where we could win great prizes, at rock bottom ticket prices and most importantly – have a realistic chance of winning.  Our particular interest was cool man stuff and a scan around the internet told us there weren’t too many sites that took our interest. Quite frankly, the few that did were either too specialised, too complicated – or too dodgy.

So we set up Lucky Giraffle.

The name was Tom’s idea by the way – (not too bad is it?). I’ve been a marketer most of my life – mainly in the pharmaceutical sector where honesty, integrity and accuracy are taken as read. Tom just happens to be a social media expert and a strong advocate for fairness and transparency in everything he puts his hand to. Family businesses aren’t always a good idea – but in this case we seemed a good match – and now we believe we’re running the fairest, most honest, easy to play, best value, fun prize site on the web.

What do you think?

So you’d like to know a bit about us. Well there you have it. We’d love your feedback. In the meantime, enjoy yourself – have a giraffle and be sensible about what you spend – either way we wish you the very best of luck.